Participation in the mapping’s storyboarding

During my two-months internship at the French Digital Art agency, Théoriz, in Lyon (France), I had the chance to take part in the amazing adventure of the creation of a mapping show for one of the most famous cultural events in France, the Festival of Lights in Lyon. The outcome was an impressive light show projected on the St Jean's Cathedral, called Genesis, visible here.

With this highly creative team of 3D infographists and creative developers, I participated in the ideation of the show's scenario, thanks to moodboards, storyboards and animation wireframes. But my principle contribution was the creation of 2 illustrations from the cathedral's architecture, made out of various patterns, which were then integrated to a 3D model of the cathedral on Unity by the developers and animated in real time. 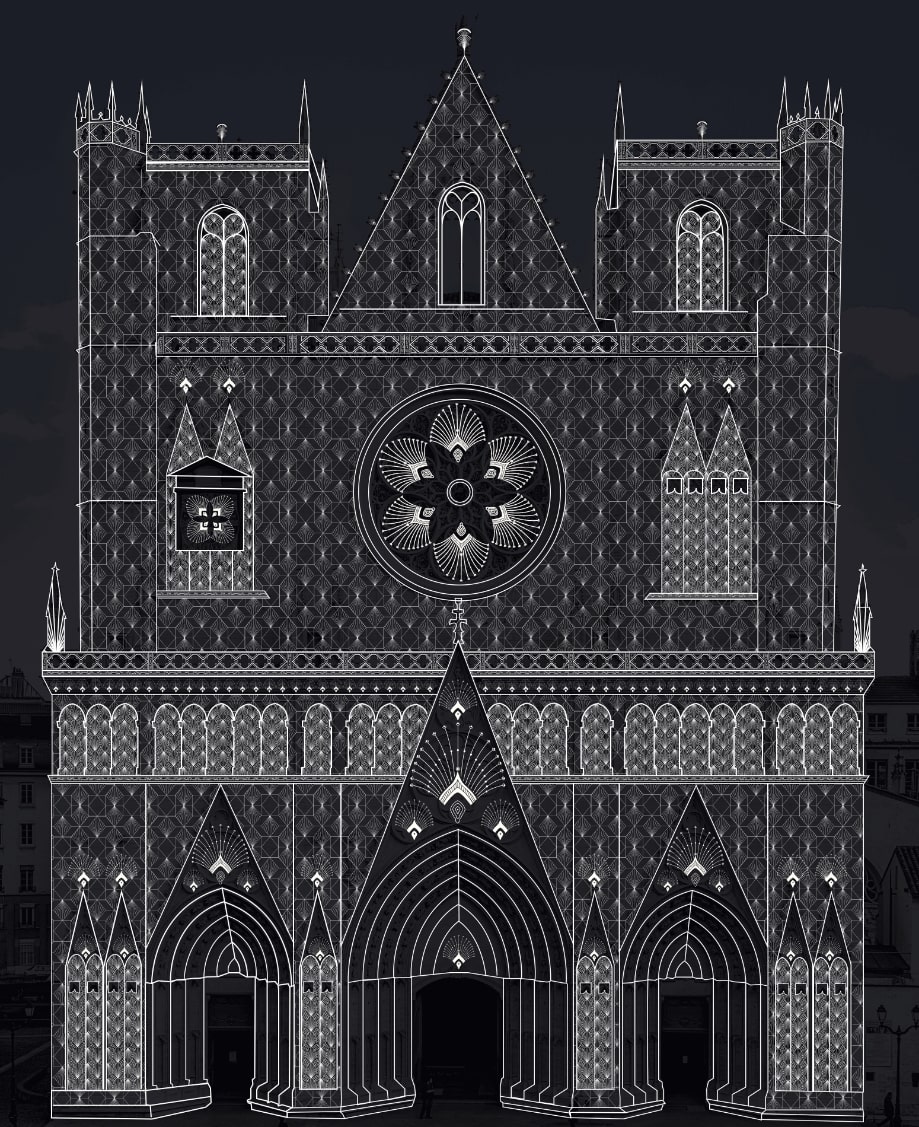 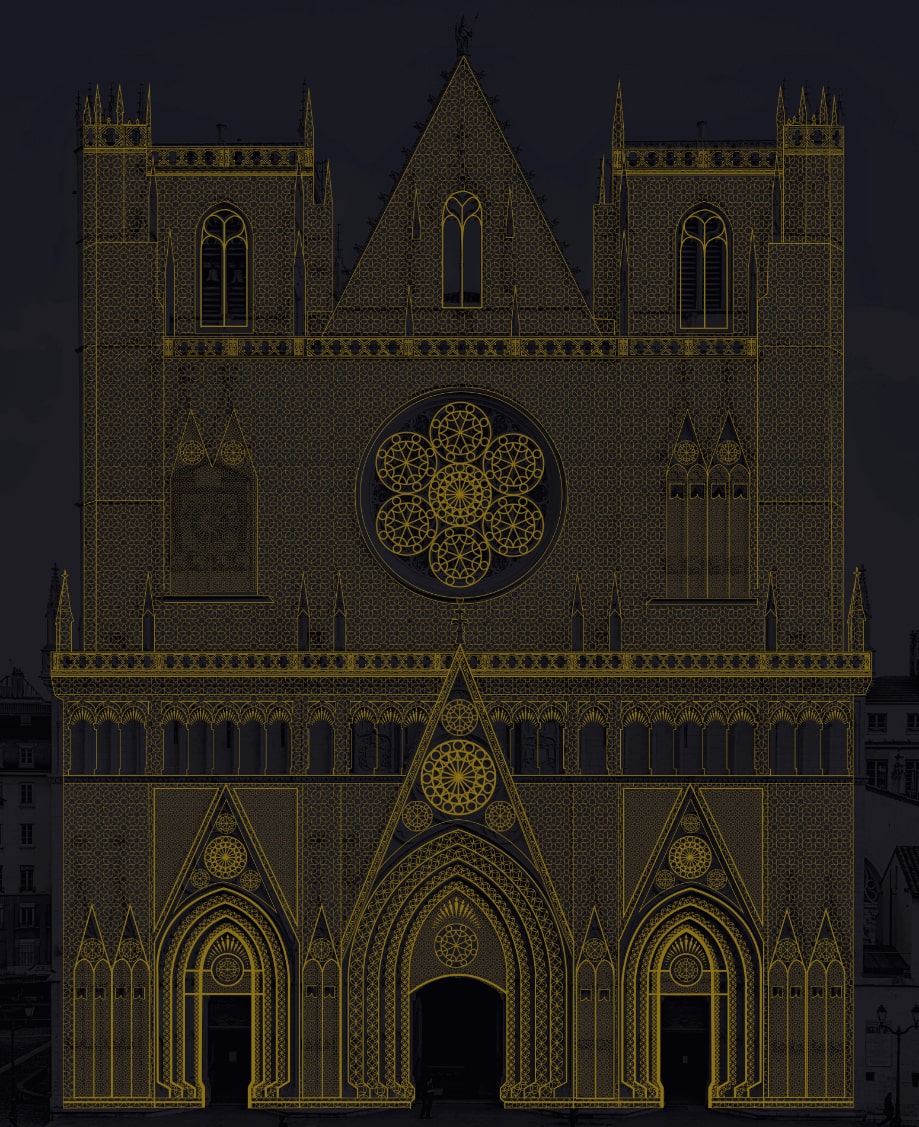 Working on many other projects at the same time, we worked on this one during weekly Creative Sessions, dedicating each Friday to experiment new visuals, animations, approaches, themes... The idea was to produce a multitude of different scenes to develop further in a more final phase. I loved these creative and experimental Fridays, where I could try anything, and see my 2D illustrations turn into animated 3D textures on the cathedral's simulation. I also had a few tries on Unity, to understand how the developers could use my work. 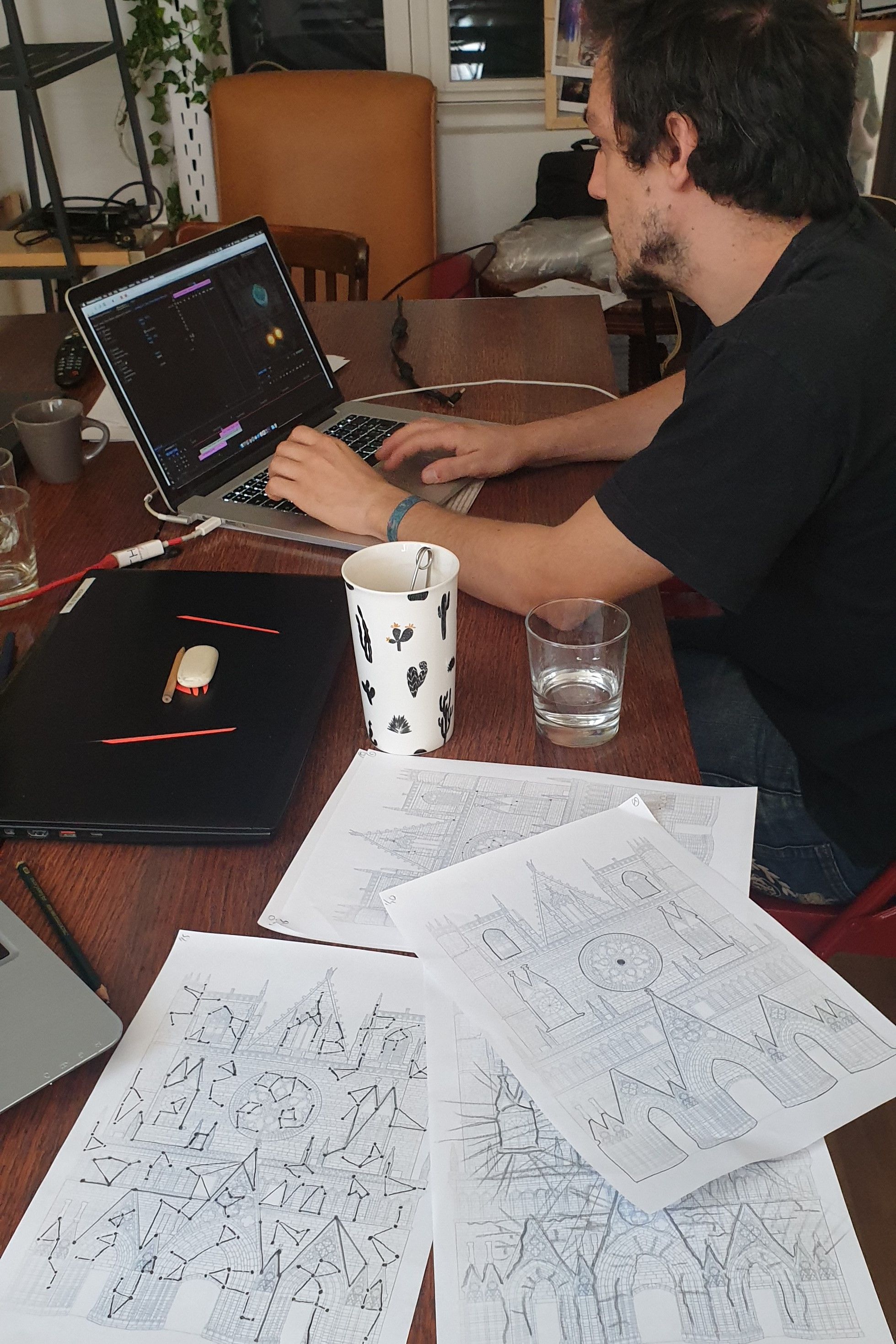 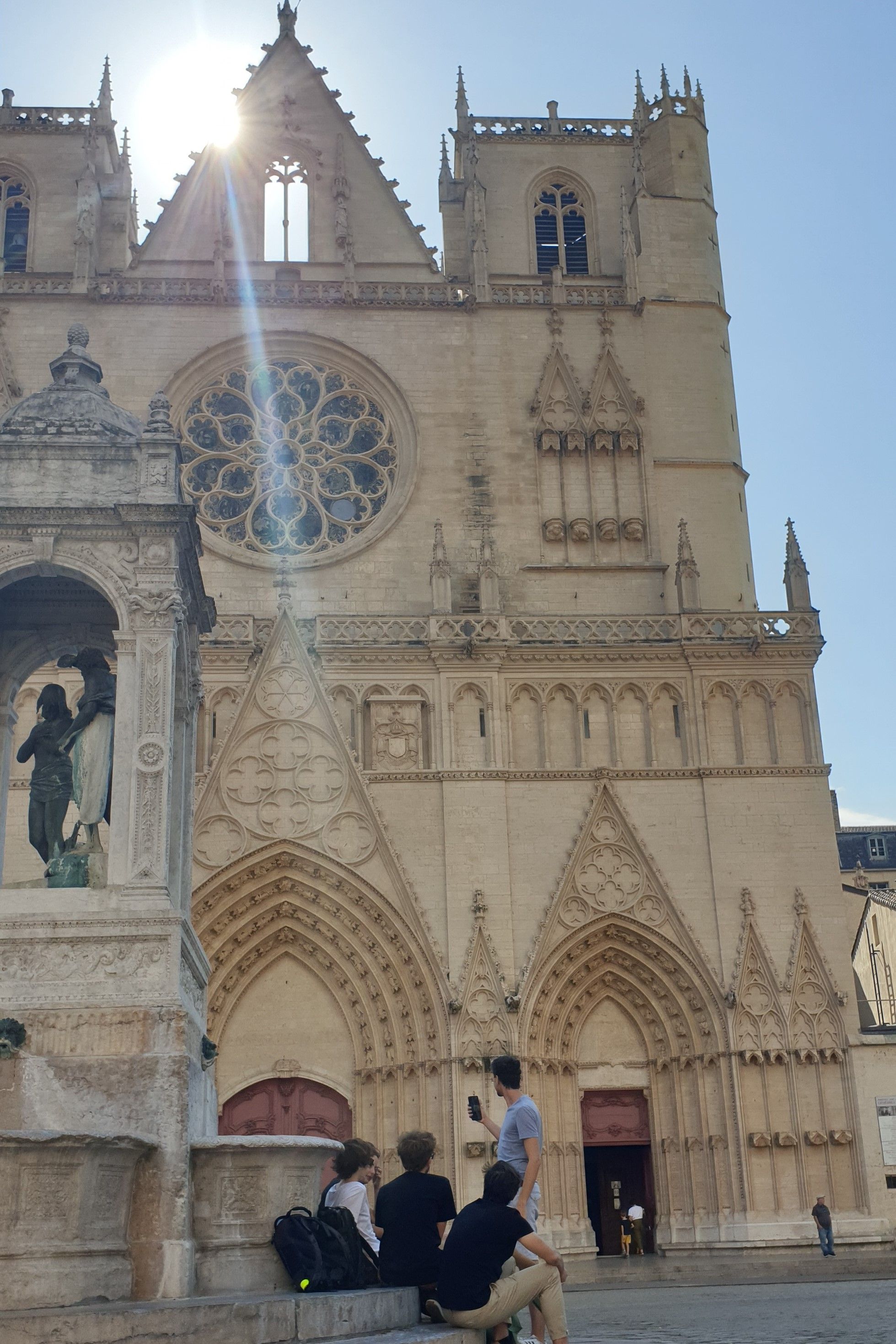