Organised by Atlansun and EPSI Nantes.

During two days, I worked with an energy engineer and two developers to answer to La Poste's request: make the company more energically autonomous. 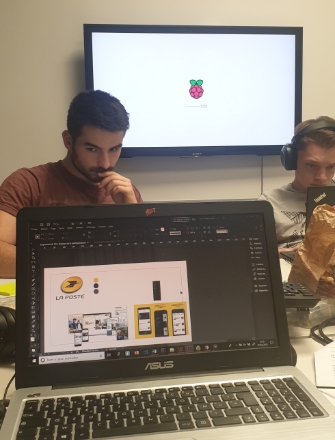 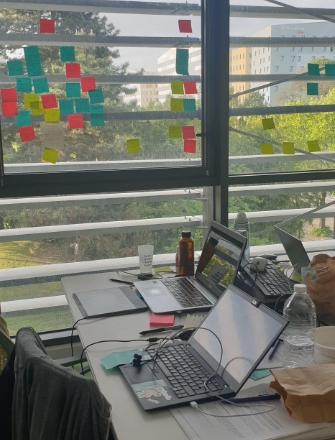 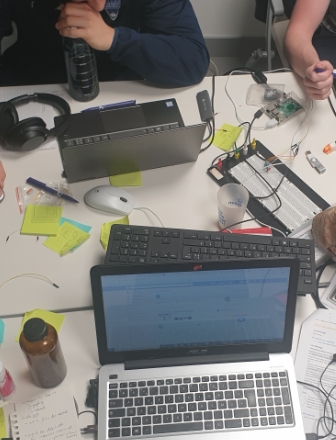 La Poste's headquarters in Nantes were planning to install solar panels on the building's roof and they wanted to fulfill their energy needs thanks to the produced solar energy. We analysed the amount of data they gave us to find out when they produced energy and when and where their energy consumption was. This data analysis and visualization gave us the keys to determine how energy could be optimised. This first phase was mainly led by the engineer and the developers while I was studying the building's employees and their energy consumption habits. Based on this, we then ideated on a way to make the building more energy-sufficient. 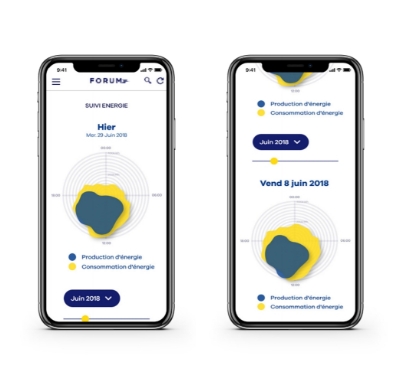 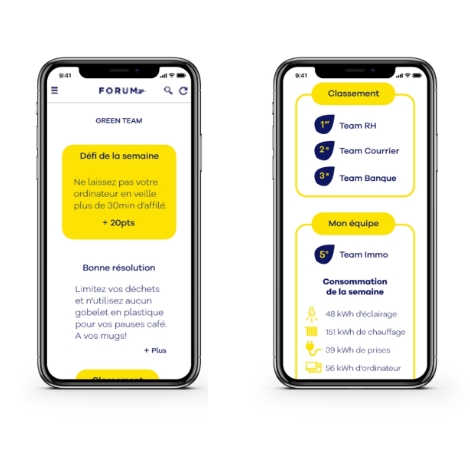 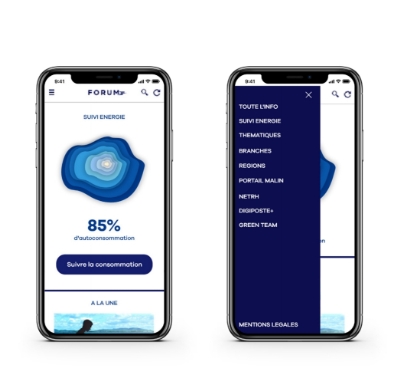 We finally imagined an extension of the current La Poste digital network, that would make the company's employees more aware of their ecological footprint at work. It graphically shows the building's rate of energy autoconsumption, but offers also a game to challenge the employees to diminish their energy consumption in a collaborative and playful way.

Wanting to make the data more tangible and implemented into the employees' working space, we also imagined a sculpture in the building's hallway representing the produced energy and the consumed energy in real time through colour coded lights. This is meant to raise awareness throughout the company's different departments, showing when it is needed to reduce individual energy consumption.

Being the only designer in the team, the main challenge for me was to make sure that the end users were always central to the project, which could be easily forgotten while we were drowning under the mass of abstract data to analyse... Indeed, my approach to the problem was mainly user-centred while the engineer's and developers' approach was more data and technique-centred. To balance both approaches, I led a creative brainstorming session and integrated the team in the Design process. At the end of this exciting week-end, I developed valuable understanding of the designer's role in a multidisciplinary team.